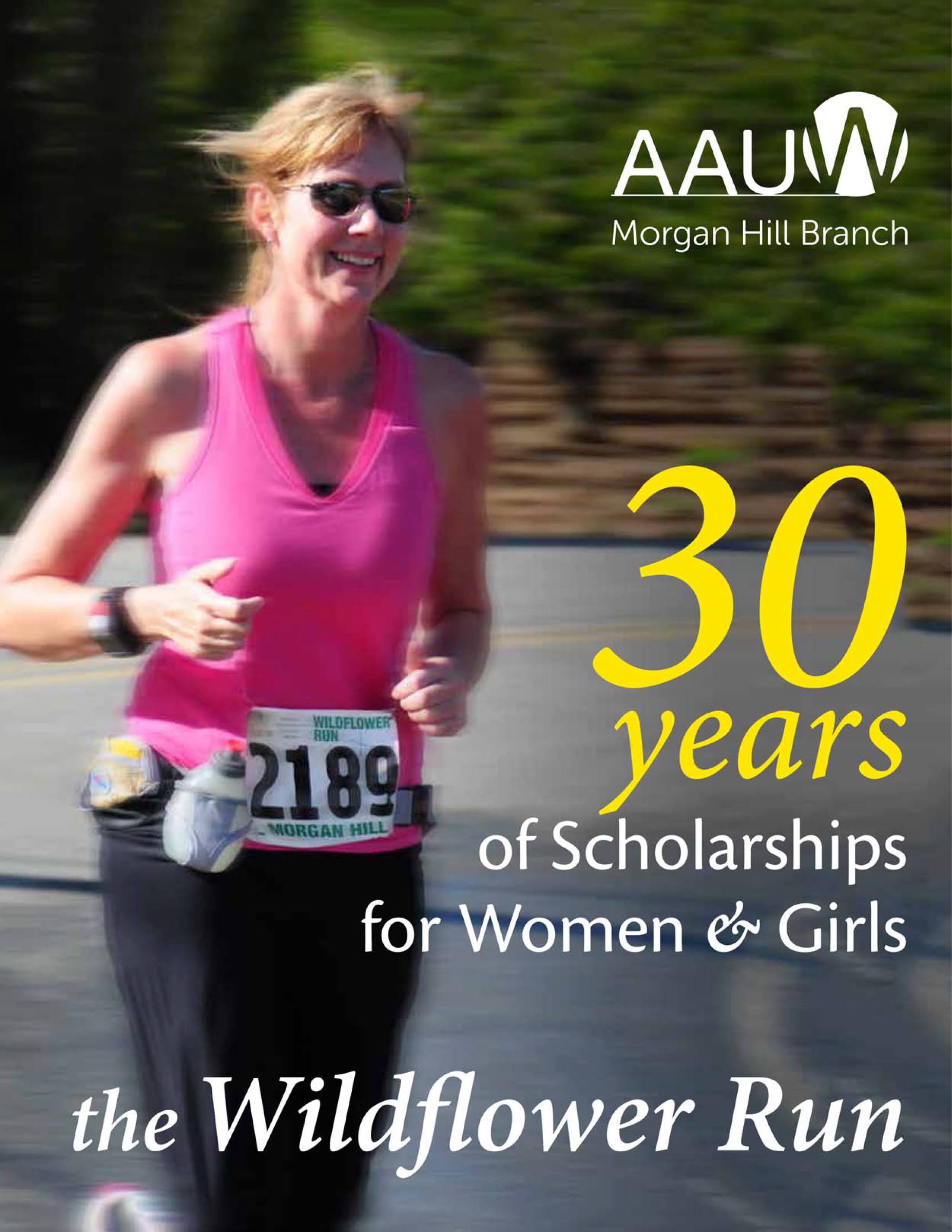 Read our 30 year retrospective: 30 Years of Scholarships for Women and Girls

2013  marked our  30th annual Wildflower Run! While the Run has grown significantly from our beginnings, it remains a volunteer run event, with all proceeds supporting the American Association of University Women’s mission of equity and education for women and girls.

Each year runners receive, along with other goodies, a unique t-shirt, designed for that year’s run. We encourage submission of designs via an annual design contest. Designs have been submitted and used by AAUW branch members, their friends and families, other community members, and professional graphic designers. We welcome all submissions. The submission deadline is August 31 prior to the following spring’s Run. 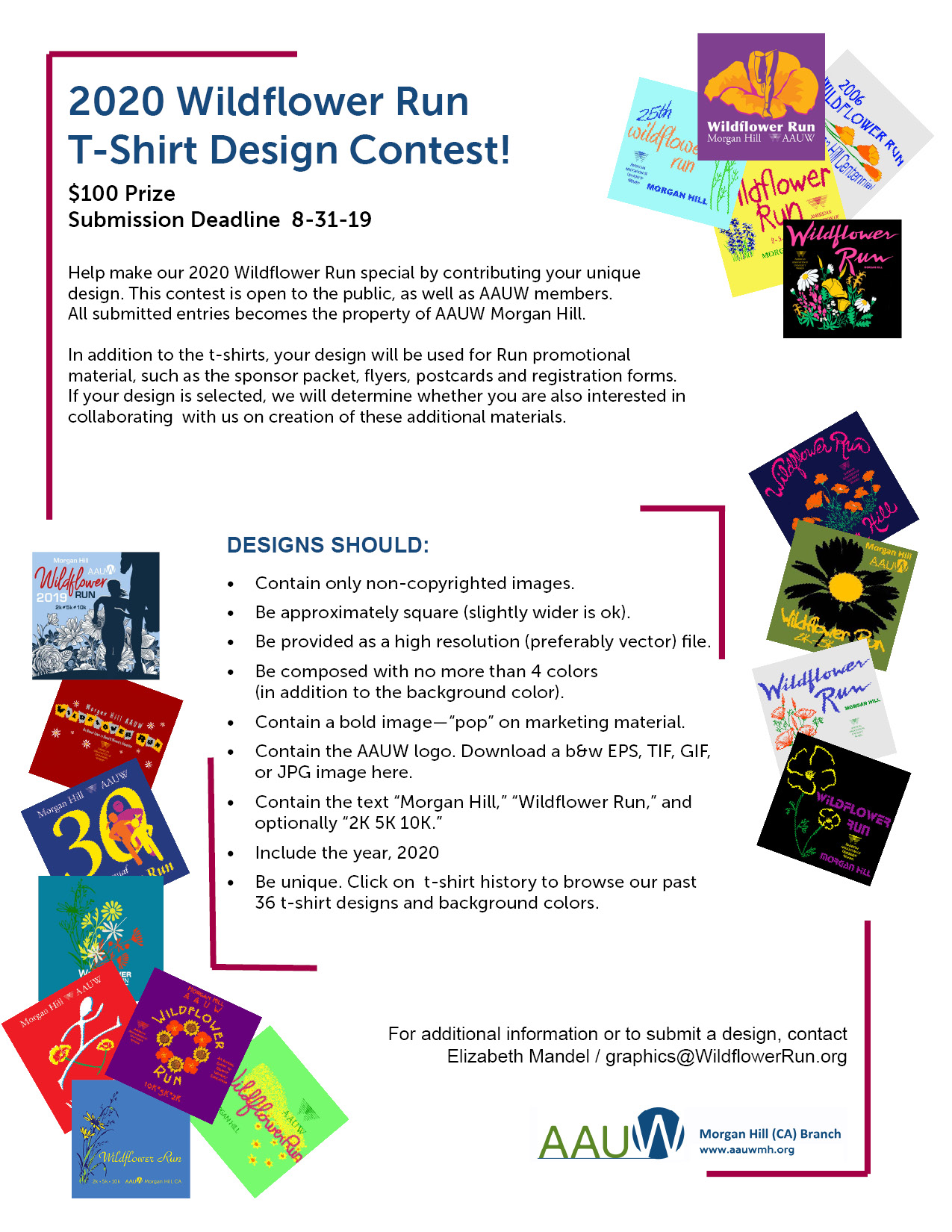 Over the decades, we have seen runs come and go, with most now managed by for-profit race management organizations. We are now one of the few large non-profit volunteer-run running events left in California. As an all-volunteer event, we are able to maximize the proceeds from the run directed to individuals and organizations in support of gender equity and education for women and girls. We have worked hard to stay current and relevant for today’s running community. Following is a list of major changes and enhancements we have made to the Run since our first event in 1984.

1985 – Moved route to begin and end at Machado School to eliminate the hill in Hayes Valley. However, a man on Watsonville didn’t like women running by his property and threatened them with a gun.

1995 – All events moved (for one year) to start at the new soccer complex.

1996 – All events moved back to Live Oak High School (where they have remained ever since)..

1997 – 10k rerouted to flat course (from up Cochrane Road past Anderson Dam Park).

2009 – Added sponsor logos to the back of tee-shirts

2010 – Instituted tee-shirt design contest. The winning design is used on shirts and all promotional materials.

2012 – Added 5k Stroller event with “bonus baby tees”. The event was a hit with 76 participants in its first year.

2015 – Reached 1200 runners; reached $50K in net proceeds available for our programs in support of gender equity for women and girls.

2016 – Re-certified 10k with USATF, including slight adjustments to the course.

2017 – Designed/purchased new mileage markers and our own directional signs.

2018 – Added musicians along the course route.

2019 – Record $65K in net proceeds available for our programs in support of gender equity for women and girls.

2020 – Covid-19 quarantine 2 weeks before the scheduled event; converted into a virtual event, including opportunity for all to enter a social media contest for prize drawings.

2021 – With Covid restrictions continuing, this was planned and executed as a virtual run, with an emphasis on creating virtual teams from across the country. Prizes were awarded for teams and individuals social media submissions on various weekly training themes counting down to the event.